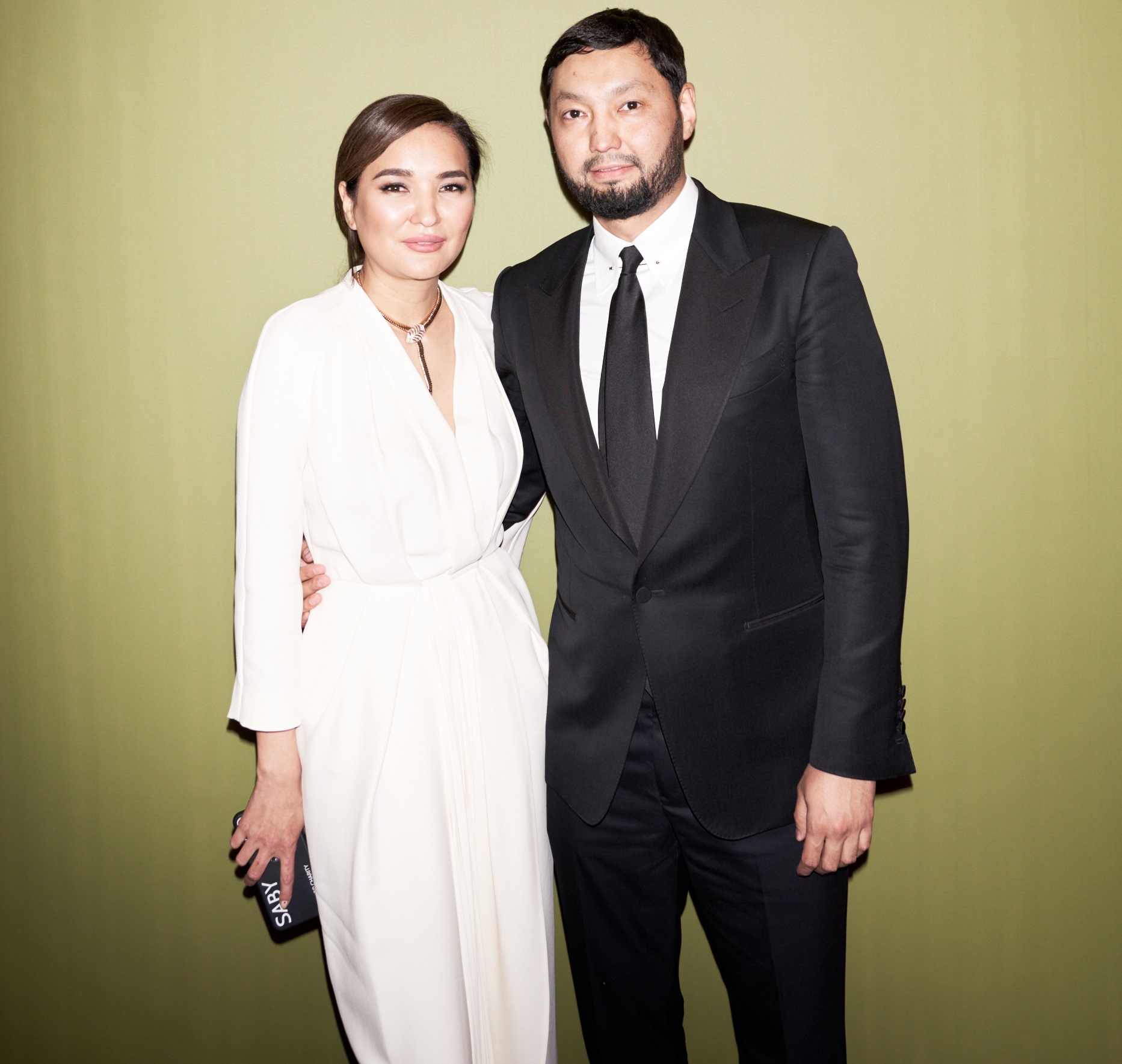 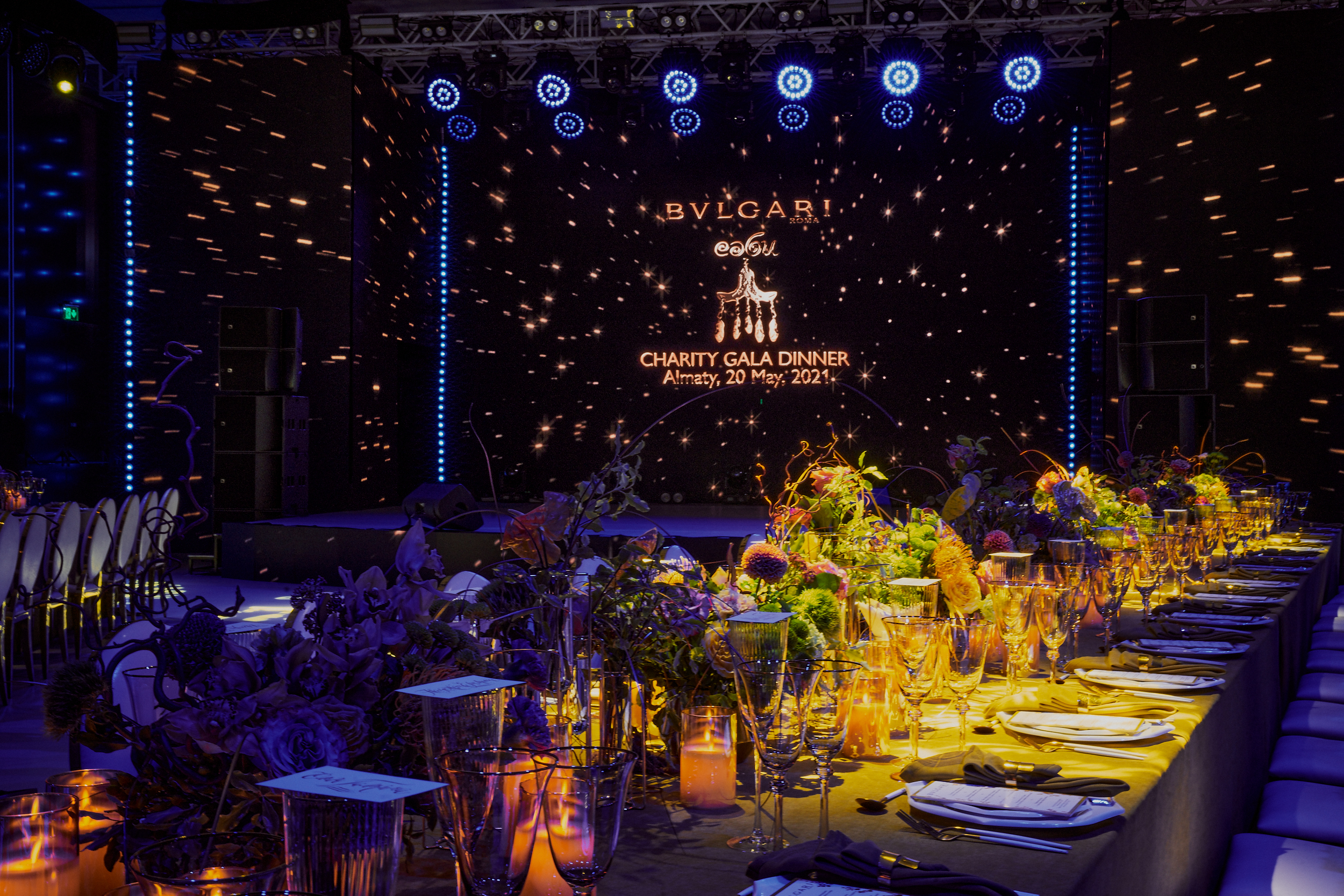 For more than ten years, the Saby Foundation has been carrying out charitable events of the international level. Thus, to draw public attention to the problems of people in wheelchairs, in 2008 the Foundation organized an international exhibition of contemporary art and a charity auction at the Christie’s Auction House in London. The proceeds for of $1,000,000 were used to purchase specially equipped taxis for the disabled, which were donated for the convenient movement of people with special needs in the regions of Kazakhstan. In 2012, in New York, with the support of Christie’s, Saby Foundation organized an exhibition of ancient Kazakh jewelry, as well as a charity auction that brought the Foundation $1,000,000. The event became a real discovery of the culture of Kazakhstan for the Western public. The proceeds were used to implement a program supporting the talented Kazakh youth.

In Kazakhstan, the Foundation organized charity evenings with such well-known world brands as Dior, Messika and Damiani, as a result of which a total of about $300,000 was raised for the implementation of the Emergency Children's Surgery project.

Continuing the tradition of holding large-scale charitable events, an exclusive charitable evening was held in Almaty last week; it was organized by the cult jewelry house Bvlgari and the Saby Foundation. The event presented a special collection of the brand's jewelry, part of the proceeds from the sale of which will be directed to the Foundation for the construction of emergency pediatric surgery in Petropavlovsk. Within the framework of the foundation’s and its founders - Kenges Rakishev and Aselle Tasmagambetova - initiative, similar branches have already been created in Almaty and Semey, another one will soon open in Aktau. And now, thanks to the organizers and guests of the solemn event, a project will be launched in Petropavlovsk.

The honored guests were Kazakhstani professional boxer Gennady Golovkin, Italian Ambassador to Kazakhstan Pasquale D'Avino, Russian film director Andrey Zvyagintsev, and Russian mixed-style fighter Zubaira Tukhugov. Especially for the evening, the outstanding composer Renat Gaisin wrote the "Masterpieces of the Steppe" suite, which was performed by masters of the arts of Kazakhstan, among whom were fellows from the Saby Foundation vocalist Azamat Malyshov and violinist Omar Kuanyshev.

The culmination of the gala dinner was held the auction with unique lots, including: boxing gloves autographed by Gennady Golovkin, a T-shirt autographed by Khabib Nurmagomedov, photo album “Bvlgari. Treasures of Rome” autographed by actress Svetlana Khodchenkova, as well as a Bvlgari python leather purse. 100% of the proceeds from the auction will also be sent to Saby for the construction of emergency pediatric surgery in Petropavlovsk.

We would like to thank the invited guests for their participation and support, Renat Gaisin for the impeccable organization, talent and professionalism, and Gaukhar Abykayeva and the Bvlgari jewelry house for a splendid evening and their trust. We are honored to be the beneficiaries of such a respected brand. The emerging trend of the commercial sector turning to charity means the formation of trust in the activities of NGOs and, in general, the development of a culture of philanthropy in our country.

For many years, the Saby Foundation has been conducting its history of holding charitable events of the highest level. We have been developing a culture of fundraising and philanthropy since 2008, when, with…

The Institute was founded 10 years ago by Aselle Tasmagambetova, President of the Saby Foundation, and specializes in environmental monitoring and environmental research. Kassym-Zhomart Tokayev especially noted the…

Today in Almaty a grand gala concert of the First Republican Children and Youth Contest Dombyra-Dastan was held to award the winners. The festive event was held in the Great Hall of the Kazakh National Conservatory…